Correctional Healthcare Is Changing and Here’s Why

Correctional healthcare demand is at an all-time high. It was already under strain prior to the COVID pandemic and opioid epidemic. But did you know virtual health is making a big impact on inmate care? When you think of a typical telehealth visit, you might picture a patient at home communicating with a primary care provider or a patient and nurse in a long-term care facility coordinating care with a specialist. Virtual care is now a regular aspect of the clinical landscape, from emergency response to behavioral and addiction treatment to military life.

So correctional facilities may not be the first thing that comes to mind when we talk about telehealth. But prison systems across the United States, such as the California Dept of Corrections and Texas Tech Correctional Managed Care, are transforming inmate care with virtual health programs and technologies.

How are they doing that? There are three ways: safety, cost savings, and improved care.

Traditionally, inmates requiring serious care are transported outside the correctional facility to hospitals and other care settings. This puts a host of people at risk, from the security guards to the hospital staff and visitors.

Although rare, there have been cases where prisoners have escaped or attacked their officers and hospital staff. One 2013 emergency room incident turned violent when an inmate visiting the Massachusetts Eye and Ear Infirmary fought with his security guards. He was shot in the chest and a deputy sheriff was shot in the leg. In 2001, a prisoner taken to University Medical Center in Lubbock, Texas took two nurses hostage and assaulted them.

During the COVID pandemic, as correctional facilities went on lockdown and the close quarters of a prison setting drove infection numbers up, virtual care delivery helped to mitigate exposure for providers, correctional staff and the inmates themselves.

Inmate healthcare is costly. According to the Bureau of Justice Statistics, $7.7 billion of an overall $38.6 billion spent on corrections in 2011 went toward inmate healthcare. Many inmates enter prison with chronic health conditions and infectious diseases; longer prison terms and life sentences have created an aging population who often need extensive care.

Telehealth can control costs in several ways. Virtual visits reduce the number of unnecessary medical tests and inmate trips to outside emergency rooms, which involve guard and transportation costs. The annual nationwide cost of transporting inmates to hospitals is $90 million, and approximately 45,000 inmates leave their prions each month for care.

The California Correctional Health Care Services (CCHCS) has increased access to healthcare for their patient/inmate population, increased public safety, and decreased inmate off-site medical transportation costs. From 2010 to 2018, they saw a ten-fold increase in virtual primary care encounters and a 111% increase in telemedicine specialty encounters. CCHCS also expanded specialist access from 30 specialists in 4 locations in 2006 to 200 specialists in 22 locations by 2018.

The Texas Department of Criminal Justice (TDCJ) invested in a telemedicine program that saved them millions and demonstrated multiple benefits for the correctional system. The program stopped 85 percent of Texas inmates from leaving the prison for healthcare. With transportation and guard costs estimated at $350 per visit, Texas saved an estimated $3,198,300 in one year through 9,138 inmate telemedicine encounters. The program ultimately saved the TDCJ $780 million over 14 years.

Correctional healthcare virtual care programs enable specialists and primary care providers (PCPs) to treat inmates remotely, bringing them responsible and timely care. And on-site prison PCPs and other clinicians can collaborate by video with specialists, responding faster for better prisoner care. Inmates diagnosed with a rare condition or infection can be treated by a specialist experienced in that condition – even when there isn’t a provider in the area who understands it.

According to the Bureau of Justice Statistics, nearly half the people held in jails suffer from some kind of mental illness. Instead of dealing with an inmate going through addiction withdrawal or overdose on their own, jails can connect with experienced addiction experts at opioid treatment centers. On-site staff can also address addiction within prison communities through virtual medication-assisted treatment (MAT) and evidence-based behavioral therapy. Inmates with mental illness can receive more consistent psychiatric care, reducing problematic behavior.

In addition to reducing costs, virtual health extends care to people who usually wouldn’t receive it.  But virtual health’s popularity is also due to its increasingly sophisticated functionalities. Unlike the simple video calls of yesterday, today’s virtual care solutions can enable evidence-based care through advanced software functionality and data-driven devices like exam cameras or digital ECGs. Patients can receive treatment at any point on the continuum of care, empowering providers to collaborate and deliver research-based consultations. It’s this juxtaposition of digital agility and medical expertise that can solve many of the prison industry’s most intense struggles. 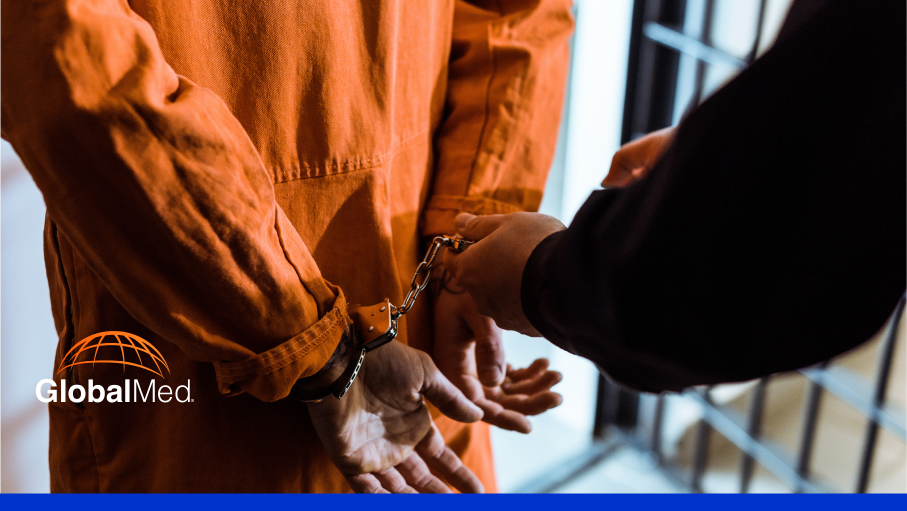 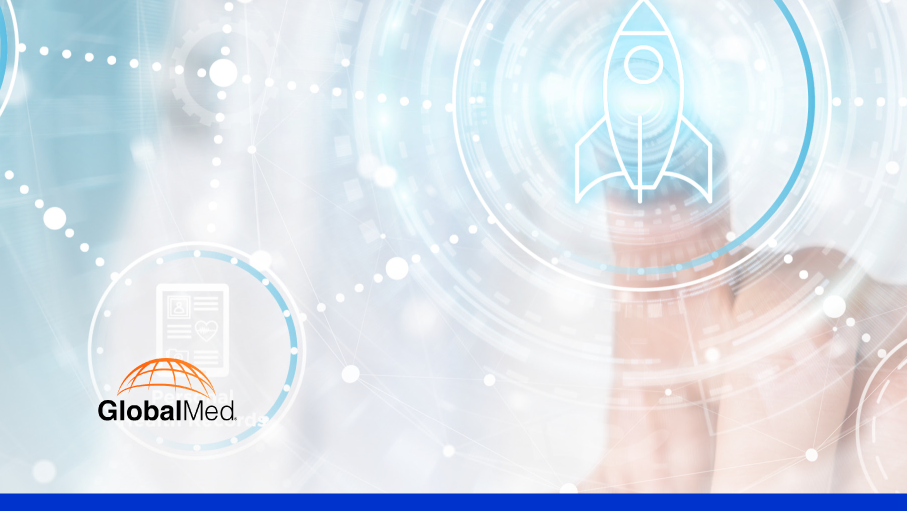 © 2022 GlobalMed. All Rights Reserved - Terms of Use | Privacy Policy | Sitemap GlobalMedia Group, LLC DBA GlobalMed strives to make our website accessible. We are committed to diversity, inclusion, and meeting the needs of all of our customers, including those with disabilities. We are continually improving our website to comply with the accessibility guidelines in WCAG 2.1 Levels A and AA. Further accessibility efforts are under way and we continue to update our website to improve accessibility. In the meantime, if the format of any material on our web pages interferes with your ability to access the information, please contact us to request assistance or if you have questions or comments about our web site’s accessibility. Please call +1 480-922-0044 or email, [email protected] to submit an inquiry.