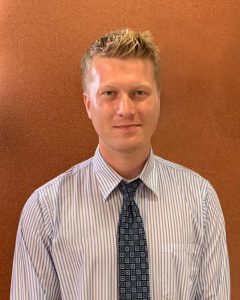 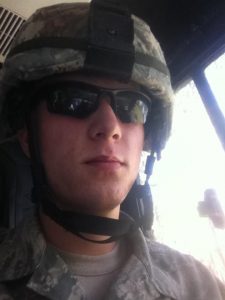 At GlobalMed, veterans and telemedicine are almost inseparable. But while the benefits are well known – greater access to care and faster treatment, to name a few – nothing drives home virtual care’s value like a real-life story.

Jared Lunstad served in the Air Force as an Airman First Class stationed at Goodfellow Air Force Base in Texas, where he instructed other Airmen. His duties covered numerous types of training, from emergency management to HAZMAT and chemical defense training; he also served at multiple locations, including Tyndall Air Force Base in Florida and Fort Leonard Wood in Missouri.

After he was discharged in February 2015, Lunstad had to navigate the transition from active duty to civilian life. “Leaving the military is as big a change as going in,” he said. “You’re trying to get your life together, entering the job market, going to school and navigating the VA system. It can be a challenging time if you don’t have an exact plan for what you’re doing.”

Lunstad’s transition included moving to Minot, North Dakota to pursue a college degree. But like many veterans, he also had a service-related diagnosis of post-traumatic stress disorder (PTSD) to address – which led him to telemedicine.

As Lunstad settled in Minot, he began to arrange treatment through his local Community-Based Outpatient Clinic (CBOC). But the healthcare resources he needed were in the Veterans Affairs Medical Center in Fargo, North Dakota. “What helped was getting lined up with a VA advocate,” he recalled. “She helped me initiate the process in Fargo and do an intake and meet the provider team.”

There was just one issue: Fargo was four hours from Lunstad’s hometown of Minot. Traveling back and forth for appointments would impose an unrealistic burden for someone working full-time and going to school. But Lunstad didn’t like the idea of rarely seeing his doctor, either. When the Minot CBOC staff told him telemedicine was an option, he was intrigued. “That trip to Fargo is pretty far and I don’t like driving a lot. So I thought it was a pretty great option because it saves time and driving and the headache of all those trips.”

His telemedicine journey began cautiously. “At first I went in only for medication management and when I had issues,” he said. But as he felt more established with his providers and comfortable with remote visits, he began consistently seeking virtual care. Today he uses GlobalMed equipment in the Minot CBOC to connect to a psychiatrist and counselor located in the Fargo VA hospital. In addition to talk therapy and medication management, he’s received annual checkups and preventive care like skin cancer screenings through telemedicine.

“It’s come a long way,” he said. “There are cameras and other devices so you don’t have to be in the same location to have these exams. It makes it so much simpler.”

Foundation for the Future

Lunstad listed a few ways his telemedicine experience has enabled him to stay healthy while pursuing his education and working at a local hotel. “Telehealth has most definitely helped me,” he said. “Without it, I wouldn’t be able to receive this level of care or speak with these experienced providers. Switching providers is a difficult thing to do and with telehealth you’re able to stay consistent. It’s very valuable from that angle.”

He also pointed out that relocation isn’t always possible for veterans. Lunstad is currently earning his Bachelors of Science degree in Human Relations with a focus on Intellectual Development Disabilities. His goal is to help people with challenges such as Down Syndrome or spectrum disorders live independent and fulfilling lives – and right now, acquiring those credentials means living in Minot, North Dakota.

“Being in Minot for school, I’m very grateful for telemedicine because it allows me to do this and still get care,” he said. “If I didn’t have this resource available, I’d probably just go without medical help rather than move to Fargo where the resources are. It makes all the difference.”

He noted that telemedicine also enhances his quality of life by eliminating the constant travel that would otherwise be required of him. “Driving a lot can be stressful– there are so many things that can potentially happen,” he said. “I just had to go to Bismarck to do my school plan and the weather wasn’t great. I was running late and I wound up getting a speeding ticket. With telehealth, I just drive across town. It’s nice.”

Lunstad, who says he would “recommend telemedicine to anyone,” has advice for patients new to virtual health.

“If you’re not used to that type of care, stick with it and you’ll get a lot out of it,” he said. “Some people might find it impersonal at first but then like it. It’s totally normal to me now.  It’s one of those things where times are changing and the convenience of telemedicine makes life easier for you and the provider. You’ll find it’s very beneficial.”

See the same technology Jared uses for his virtual care visits and learn how it will work for your patients. Request a Demo